We are happy to share our latest clinical research conduct jointly with the University of Saskatchewan and the university of Calgary on NHV Resp-Aid. Dr. Amanda Nascimento was the lead researcher.

THE EFFECTS OF RESP-AID™ ON ASTHMA

We are happy to share our latest clinical research conduct jointly with the University of Saskatchewan and the university of Calgary on NHV Resp-Aid. Dr. Amanda Nascimento was the lead researcher.

Asthma is a serious form of respiratory disease-causing high mortality in the world. Resp-Aid™ is an innovative proprietary formula developed by NHV Natural Pet Products to support respiratory disorders and bronchial infections. It is composed of 9 herbs: Coltsfoot (Tussilago farfar), Marshmallow (Althaea officilanes), Plantain (Pantago major), Mullein (Verbascum Thapsus), Horehound (Marrubium vulgare) and Licorice (Gycyrrhiza glabra), Lobelia (Lobelia inflata), Ginger (Zingiber officinale), Myrrh (Commiphora momol). These herbs have traditional been for respiratory treatments such as asthma to reduce coughing and phlegm/mucous production, and are known have anti-inflammatory and immunomodulatory activities. However, the effects of these herbs in this formula for asthma have not been scientifically studied.

Based on the theoretical benefits of Resp-Aid™, we conducted a series of studies to explore the efficacy, safety and mechanism of action of Resp-Aid™. We hypothesized the treatment with Resp-Aid™ can alter pulmonary immune responses.

Therefore, to study this, we treated asthmatic and non asthmatic animals with Resp-Aid™. They received 1 drop of Resp-Aid™ twice daily for 7 days. On day 7 of the treatment with Resp-Aid™ whole body plethysmography chambers ( this is an instrument that measures the changes in volume within the organ) (WBP) were utilized measuring airway hyperresponsiveness (AHR - that is a characteristic feature of asthma and consists of an increased sensitivity of the airways) and monitored for respiratory airflow. For understanding inflammatory differences between the groups, after the treatment with Resp-Aid™ bronchoalveolar lavage (BAL) and lungs where examined. 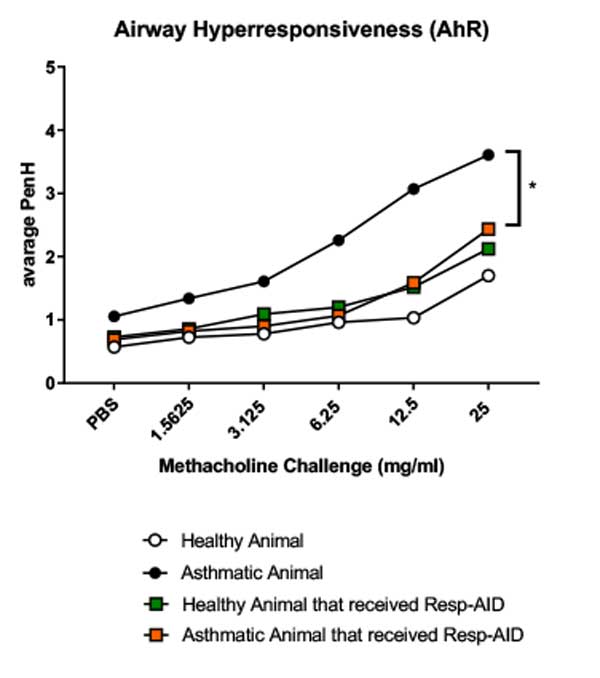 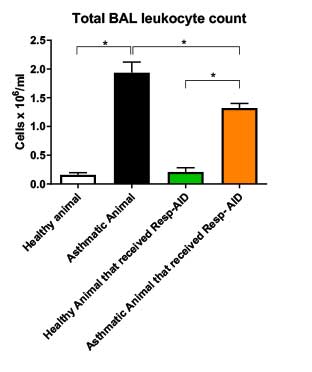 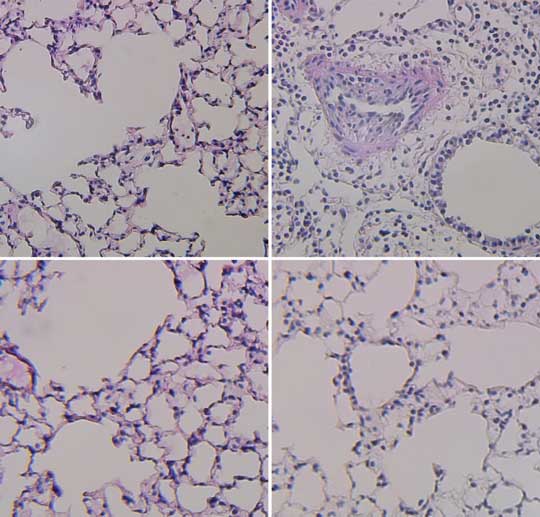 This data shows that Resp-Aid™alleviates asthma, and it may be a potential target for therapeutic intervention in allergic lung disease or asthma or other pulmonary infections.